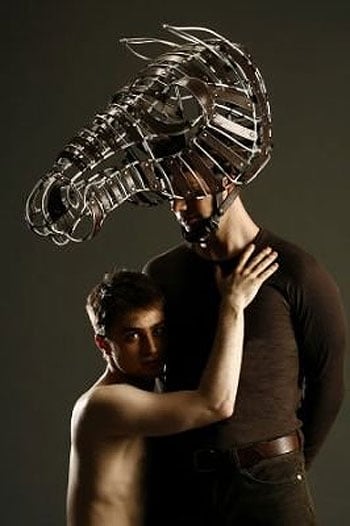 Said Radcliffe: “We’re getting on very well indeed. I’ve written some really, really deeply sexual things on some of the cards I’ve given him for opening night. But just to wind him up, you know.”

Welt reports: “The 19-year-old star added he is in awe of Lorenzo, terming him ‘cool’ and ‘gorgeous’ before claiming he would even consider marrying him if he was gay. He said: ‘He’s great. He’s a truly remarkable man. If I was gay or a female I’d just want to marry him. He’s gorgeous, and he’s a really cool bloke as well.'”