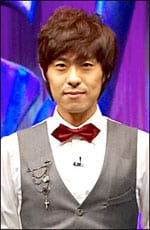 A note at the scene read: “I’m lonely and in a difficult situation. Please cremate my body.”

Kim was 23: “Police said his suicide reflects public prejudice toward gay people and their difficulty in succeeding in the entertainment industry. Following the announcement of his sexual orientation, Kim’s management agency did not renew his contract and many TV programs and fashion shows cancelled his appearances. His blog was bombarded with numerous messages denouncing his sexual orientation. ‘He underwent many professional and personal difficulties following his coming-out,’ Kim’s mother said during police questioning.”