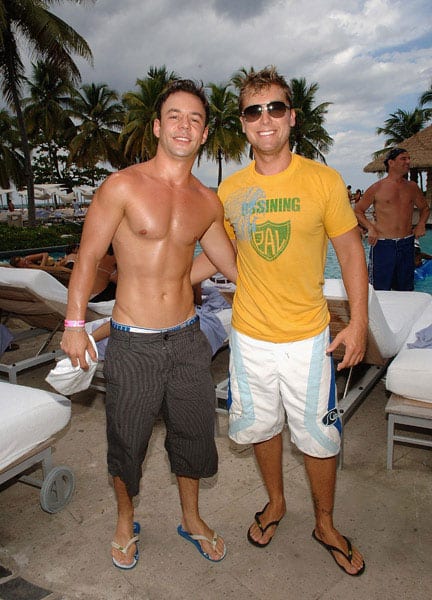 Although he’s been linked to trainer Sebastian Leal in recent months, Lance Bass told AfterElton, during an interview about his stint on Dancing with the Stars, that he doesn’t have a boyfriend.

Said Bass: “You get seen with one person and that’s automatically your boyfriend.”

As far as dating in the public eye, Bass says, “It’s really impossible to date, especially when you’re doing something as big as Dancing with the Stars. It’s a monster of a show and it keeps you working 24/7 for months. Right now it’s almost impossible to have any kind of personal life, especially a love life, so that’s on hold for right now…It’s easier to date someone in the business because they get what you do and you don’t have to teach people how to deal with the situation, being in the public eye. It’s really hard to deal with that when you’ve never had to deal with people, paparazzi, interviews, the schedule we have. So it’s a lot easier to date inside the business. But if you do date someone inside the business, then it really takes a toll on your relationship because the [media is] just more focused on your relationship, which ultimately, you know, destroys it. It’s win or lose in those situations, so nothing is easier inside or outside the business.”

Previous Post: « Rachel Maddow Did Not Want to Run into Pat Buchanan in the Dark
Next Post: Signs for Same-Sex Marriage Ban Amended in Arizona »