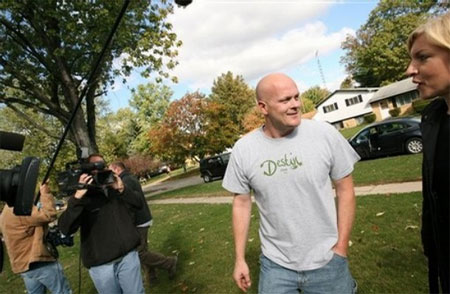 I’ve resisted writing about ‘Joe the Plumber’ because I’m just plain sick of Joe Six-pack and Joe This and Joe That, but as Politico notes, “McCain hung his final presidential debate performance on an Ohio plumber who campaign aides never vetted” and this should be noted.

Politico writes: “A day after making Joseph Wurzelbacher famous, referencing him in the debate almost two dozen times as someone who would pay higher taxes under Barack Obama, McCain learned the fine print Thursday on the plumber’s not-so-tidy personal story: He owes back taxes. He is not a licensed plumber. And it turns out that Wurzelbacher makes less than $250,000 a year, which means he would receive a tax cut if Obama were elected president.”

Check out the new spot from “Plumbers Cracking the Case for Truth,” AFTER THE JUMP…