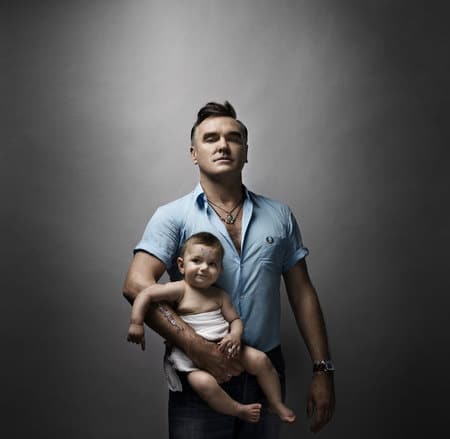 Morrissey told BBC Radio 2’s Janice Long that his new album, Year of Refusal, to be released in February, is his best yet.

The image above is rumored to be the cover photo for that album.

Said the singer: “It’s fantastically strong. It’s very, very strong and it’s interesting for me after all these years, but it’s the strongest.”

He also told Long he’s planning an autobiography to clear up some of the “very annoying” and “silly” stories that have been written about him over the years:

“With every printed interview, there’s lots of misquotes…Lots of them are really silly and really extreme, which you have to live with the rest of your life. So it’s setting the record straight…So much crap is written about me and it’s quite hard to live with sometimes because it all gets burned down in history and becomes part of whatever it is you are, the legacy, and it becomes very annoying.”