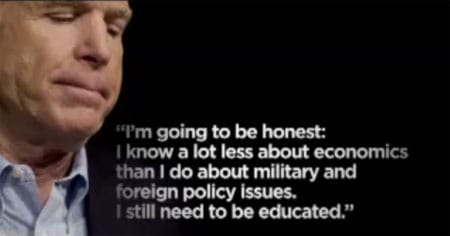 The ad uses McCain’s own words (and judgment) against him.

Growing evidence of a major rift between McCain-Palin in these final days, according to George Stephanopolous: “There is no question that there is a rift between Sarah Palin’s camp and that of John McCain inside the Republican campaign, sources tell ABC News. And you are seeing people within the McCain campaign starting to look to the future. Not only Palin, but many of the McCain staffers, as well, are circulating their resumes and pointing the finger. Whenever people in the campaign are starting to worry more about their own reputations rather than whether they’re going to win in seven days, there is a significant problem.”

Check out the chemistry. 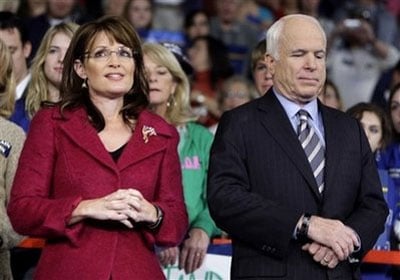