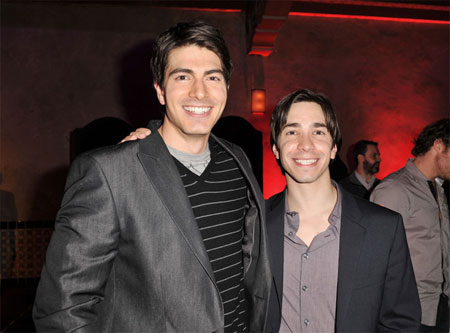 Superman and the Mac Guy get it on in Kevin Smith’s new film.

Routh talked about playing Long’s gay lover at the film’s premiere: “All my scenes were very tame playing with Justin but you know relationships are relationships no matter who they’re between. You fight, you bicker and it’s all the same.”