They’ve been deliberating the case for two days and there’s evidence of disagreement: 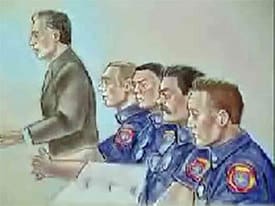 On Wednesday, a lawyer asked for $1 million for each firefighter in the case.