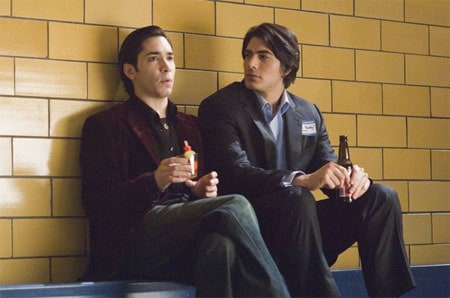 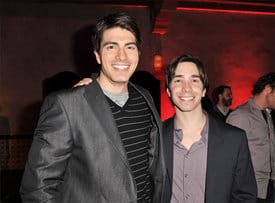 Says Smith: “On paper, it’s a thankless role. He’s the straight man, the set-up guy…He’s a straight man playing a gay guy who’s pretending to be a straight guy in that weird ‘Victor Victoria’ way. But Brandon found a way to play him like a hen-pecked husband in a gay marriage who’s still not quite living out loud. He’s so funny. He found a way to make it more comedic than it was on the page without changing a word.”

According to the L.A. Times, Smith surmised that Routh used the role to upend his public persona –- and also take a poke at all those rumors about his sexual orientation that apparently came from having worked with Singer, who is openly gay.”

Adds Smith: “I think he saw this as the chance to make fun of the fact that people assume he must be gay because he worked with Bryan Singer or something like that. He embraced it. He ran with it.”

Smith recently told Newsweek about Routh’s reaction to the request: “I asked him, ‘Do you have some sort of morals clause in your contract, being that you play Superman?’ And he said, ‘What is this, 1940?'”

You may have missed…
Brandon Routh: Gay Relationships Just as Bitchy as Straight Ones [tr]<