Fashion designer Tom Ford is set to start production of his feature film adaptation of Christopher Isherwood’s novel A Single Man on Monday, according to The Hollywood Reporter: 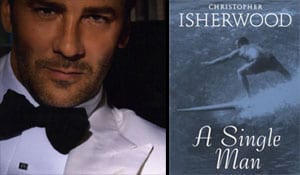 “Colin Firth, Julianne Moore and Matthew Goode are set to star… Published in 1964, the novel centers on a gay man who, after the sudden death of his partner, is determined to persist in his usual routine, which is seen in the span of a single, ordinary day in Southern California. Firth is the gay man, an Englishman and professor who feels like an outsider in Los Angeles. Goode is the boyfriend who dies in a car accident and appears in flashbacks. Moore plays a friend of the professor. Ford adapted the screenplay with David Scearce. His company Fade to Black Prods. is producing along with Depth of Field’s Chris Weitz and Andrew Miano and Robert Salerno of Artina Films.”