An explanation of our last banner, AFTER THE JUMP…

I shot this photo in early October on a trip to visit my friends John and Paul in the Catskills, upstate New York. Paul is totally into leaf-peeping so we did a bit of that. This was just a random house we were passing across a large field. I cropped and flipped the photo, darkened it a bit, and added a tilt-shift effect to make it feel miniature. In a final bit of editorializing which was ultimately unreadable, I dropped an Obama campaign sign in the front yard. 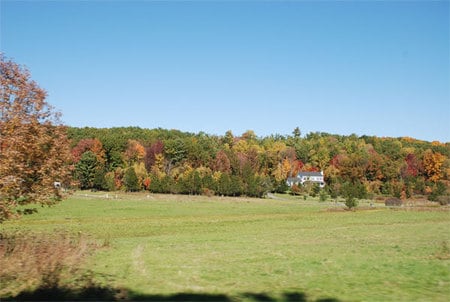 Previously
About the Banner #28-33, and Our Five Year Anniversary [tr]