A 28-year-old British man is dead in what police suspect may be a homophobic attack following a night out in London. 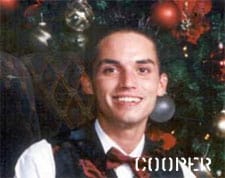 “David Cooper’s body was found in his home by two friends in Sir Martin Bowes House, Calderwood Street, last Wednesday (November 19). Emergency services were called but the 28-year-old gay man was pronounced dead at the scene at around 2pm. According to police he had been viciously assaulted and suffered serious head injuries. Police want to speak to anyone who saw Mr Cooper on Tuesday night (November 18) through to the early hours of Wednesday morning (November 19). Detective Chief Inspector Clive Heys is leading the murder investigation. He said: ‘At present we’re investigating the possibility that Mr Cooper has died as the result of a homophobic attack. But it should be stressed that we retain an open mind regarding its motive.’ According to police, Mr Cooper met up with friends in the Old Compton Street area of Soho on the Tuesday evening and would like to speak with anyone who saw him or the people he was with. He visited a number of venues including Compton’s bar, Village bar and G-A-Y bar from about 6.30pm that evening. The last confirmed sighting police have of him is around 11pm when he left the Friendly Society bar.”

According to police, “Three men were arrested in connection with the inquiry. Two have been released with no further action and one has been bailed to return next month pending further inquiries.”