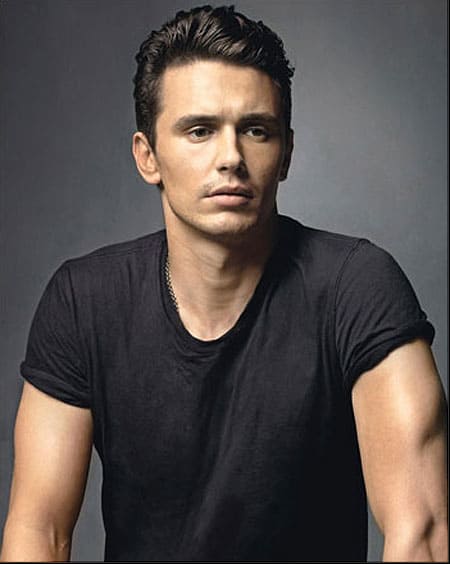 And why should he be?

Although NYDN’s Rush & Molloy seem to think there are some “wicked” rumors going around about James Franco on the web that should make him concerned about playing gay on film again, Franco will do it again anyway, they say:

“But at a time when Hollywood still seems to like its heroic gay characters played by straight men, Franco isn’t bothered by perceptions. Back-to-back gay roles ‘don’t make any difference to me,’ he told us at Monday’s Cinema Society screening of ‘Milk.’ ‘Ginsberg has been one of my heroes, and this movie’ – about the 1957 obscenity trial over Ginsberg’s most famous poem – ‘is just so important.’ Never mind that Franco doesn’t look much like the tubby, balding, bearded Ginsberg of the hippie era. ‘I’m playing him when he was in his late 20s, just after he went to Columbia,’ said Franco, who happens to be a student at the same university. (The girls moon over him in Butler Library.) ‘We work with the old pictures. He has hair, he doesn’t have a beard and he’s not huge.'”

(image from GQ‘s “Men of the Year” portfolio)

Previous Post: « Leaders to Bush at G8 Summit: Walk on By
Next Post: ‘Swift’ Timetable to Result in Prop 8 Decision Possibly by March »