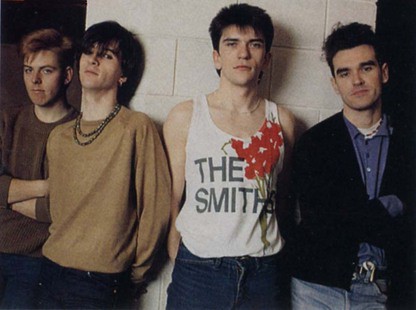 The two-disc "Deluxe Edition" Sound Of The Smiths was released on Tuesday by Sire/Rhino, and I told myself I wouldn’t buy it. After all, wasn’t it Morrissey who sang, "Best of, most of, satiate the need/ Slip them into diffferent sleeves, buy both and feel deceived," in "Paint A Vulgar Picture" 21 years ago? 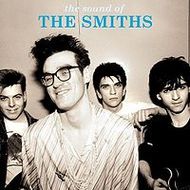 Yeah, so I bought it. And the band pictures inside the included booklet are lush and glossy. Most of them I’ve never even seen before. The booklet itself  even smells like the books you bought as a kid to put all your Scratch-and-Sniff stickers in.

Previously unavailable (in the U.S.) b-sides "Jeane" and "Wonderful Woman," the "New York Vocal" remix of "This Charming Man" and the demo of "Pretty Girls Make Graves" might still evoke some interest from those who are a tad dubious about giving Warner Bros. any more money for yet another Smiths compilation…so it’s good that The Sound Of The Smiths is available on iTunes, for single-song picking and choosing.

None of the band’s prior albums had ever been put up for download at the online store, possibly because of Morrissey and Johnny Marr’s longstanding legal woes with their former bandmates. Also fulfilling the "Paint A Vulgar Picture" lyrical prophecy of "Extra track and a tacky badge," the iTunes edition of the collection contains the rarity "The Draize Train."

It should be stated that in the whole 28-page booklet, there aren’t any liner notes. But those photos are really glossy.

Some music clips for the week:

1. Christina Aguilera, "Keeps Gettin’ Better": Title track from her greatest hits set, out this week in Target stores only, and available everywhere next Tuesday.

3. Steps, "Stomp": In the spirit of Same Difference, the lead single from the now-disbanded pop quintet’s third and final album. 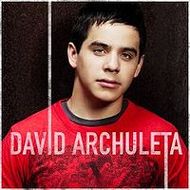 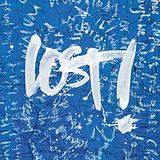 Coldplay’s "Lost!" EP, containing a stripped-down piano version of the song, a live version and a remix featuring Jay-Z.

New singles from Keith Urban ("Sweet Thing"), The Script ("Before The Worst") and Nickelback ("If Today Was Your Last Day").