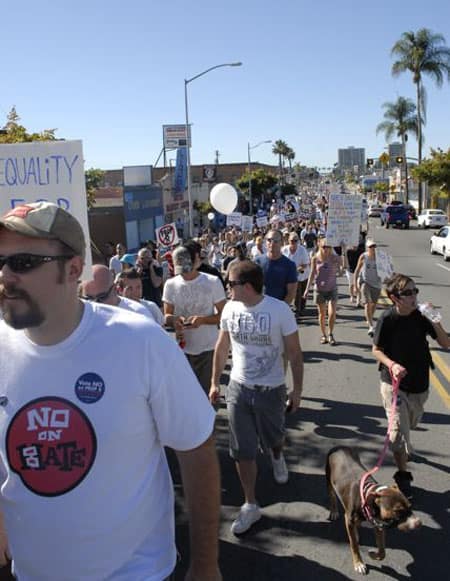 In addition to our earlier reports on L.A. and San Francisco, here’s one from further south. Towleroad reader Tanner took these photos Saturday, when approximately 10,000 people took to the streets of San Diego to protest Prop 8:

“An estimated 8,000 to 10,000 people marched from Hillcrest to North Park behind a giant rainbow flag in protest of Proposition 8. The measure, approved Tuesday by 52 percent of voters, overturns the state Supreme Court ruling in May that legalized gay marriage. ‘I don’t want anyone to take away my right to marry,’ said Ken Hagen, a University City newlywed who marched down University Avenue alongside his partner, John Young. Chants for equality were sometimes drowned out by drivers honking their horns in support of the passing crowd. Signs waved and bobbed in the air with slogans such as ‘We Shall Overcome’ and ‘Not Gay, Love You Anyway.'”

Saturday’s march was folded in with a planned demonstration which was canceled Friday night just hours before it was supposed to take place. Hundreds if not thousands turned up anyway.

Rex Wockner has a great report with a bunch more photos on his blog. 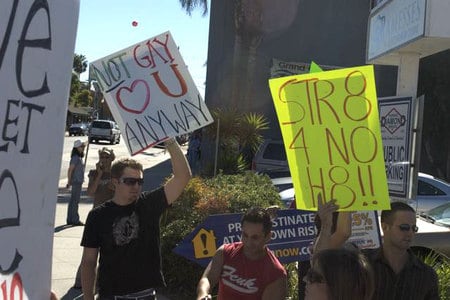 Wockner notes: “Gay street actions of this size are unheard-of in San Diego, apart from Pride, which draws around 150,000 people to Hillcrest each July.” 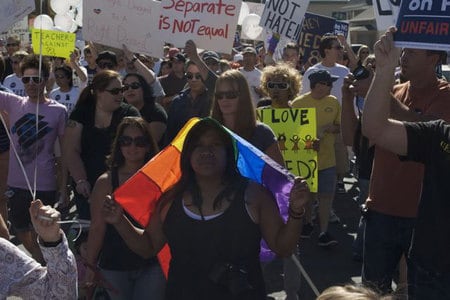 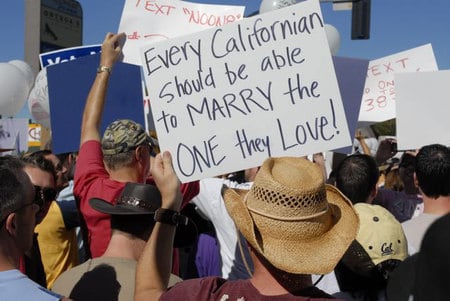 NBC San Diego reports: “Participants began their march around noon from Third and University in Hillcrest. The group marched to North Park and then attended a post-march rally in Balboa Park. ‘I am so proud to be a part of this in San Diego, said Jennifer Schumaker, a self-proclaimed ‘lesbian soccer mom’. ‘I think Prop. 8 is our Rosa Parks and I think there is no way that gay people and their friends or families are going to sit down for discrimination again,’ said Schumaker. Police said there were no arrests and no problems.” 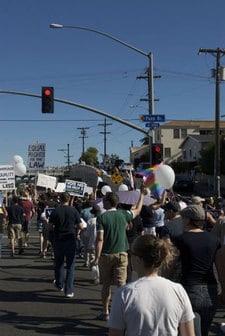 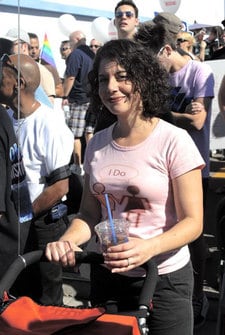 A video news report from NECN, AFTER THE JUMP…

Previous Post: « 12,000+ Take to Streets in L.A.’s Silver Lake in Opposition to Prop 8
Next Post: Schwarzenegger Urges Same-Sex Marriage Supporters: ‘Never Give Up’ »