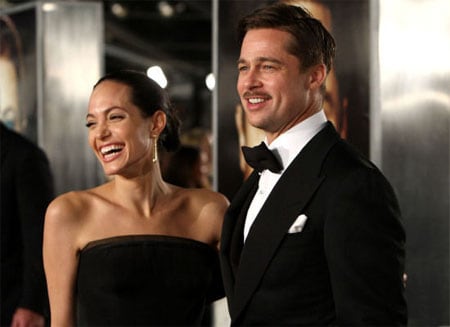 Recently, there were rumors that Brad Pitt was considering getting married because his kids had asked him why he was not. Pitt, who recently contributed $100,000 to the “No on 8” campaign, said in a 2006 article in Esquire magazine, “Angie and I will consider tying the knot when everyone else in the country who wants to be married is legally able.” 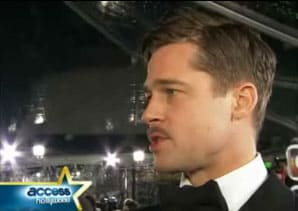 At the Monday night premiere of The Curious Case of Benjamin Button, Pitt echoed that sentiment:

“When Access’ Maria Menounos asked Brad about reports that the animated film ‘Shrek’ had caused his kids to question why he was not married to Angelina, the actor had a good chuckle. ‘You know more than I do,’ Brad said with a laugh. Maria explained reports of an ogre-inspired marriage conversation that the Pitt-Jolie kids supposedly had with he and Angelina. ‘Yeah, oh then, then it must be true,’ he said smiling. Maria pressed further asking if the kids had changed their stance on marriage. ‘No, I mean, it’s something… the idea of it hasn’t helped or hindered us at this time,” Brad said. ‘There may [be] a time when we feel it’s important.’ Brad, who donated $100K in the effort to defeat California’s anti-gay marriage initiative, Proposition 8, in September, said he still longs for marriage equality. ‘I’m a believer that it should be [important],’ Brad continued. ‘It’s important for everyone and everyone should be able to.'”