On Friday I posted about ex-Mormon Jon Powell’s call for artists and musicians to stop licensing their work to groups associated with the Mormon church because of its involvement in the passage of Proposition 8. Powell specifically called on Stephen Schwartz, composer of such musicals as Wicked, Pocahontas, and Godspell, as a singing group at BYU had wanted to license songs from Wicked for use in a show. 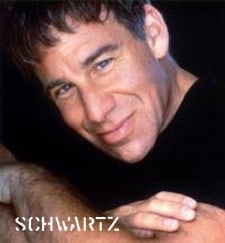 Schwartz said he would review the group’s background and if it was a Mormon ‘promotional’ group he might comply.

“‘I have not withdrawn the use of my songs by the BYU Young Ambassadors and do not intend to do so,’ Schwartz said Monday in an e-mail. ‘They are a student singing group.’ Nonetheless, he urged all ‘fair-minded Mormons to reconsider their position and come to support the right of homosexuals to marry the person they love … I continue to believe that the most important tenet of any religion is ‘Do unto others as you would have them do unto you.” Still, Mormons in New York City continue to feel the heat from friends and colleagues. Some LDS actors and producers have considered removing BYU or the University of Utah from their resumes, rather than face questions about their faith. Others simply keep quiet about their church affiliation in an ironic ‘don’t ask-don’t tell’ strategy.”