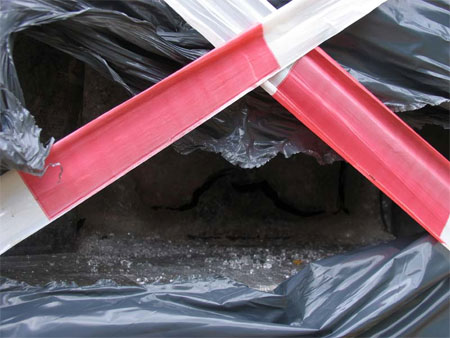 The memorial to gay Holocaust victims, which was dedicated last May, had its window broken by vandals in August. The AP reports that it has happened again:

“Berlin police say a window on the outside of the memorial has been broken, probably with a stone. The window allows visitors to see inside the concrete memorial and view a video of a same-sex couple kissing.”

Berlin’s Mayor Klaus Wowereit held a press conference/protest at the monument shortly after the first attack, condemning it.

Watch the video that runs continuously through the monument’s window, AFTER THE JUMP…