Yesterday, the New York Times reported that it was looking like the power-sharing deal between New York Senate Democrats Malcolm Smith and the so-called “gang of three” (Senator-elect Pedro Espada Jr., Senator Rubén Díaz Sr. of the Bronx, and Senator Carl Kruger of Brooklyn) was on its way to a breakdown. 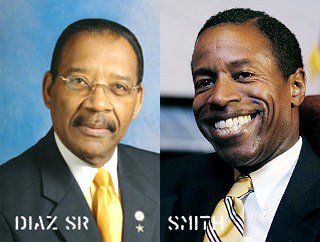 Last week it was reported that the deal, which might have made a technical Democratic majority in the Senate into a solid one, had sacrificed a vote on same-sex marriage in the coming session by using it as a bargaining chip.

What the four Senators seem to have discovered is that power-sharing is not easy, and the deal has indeed crumbled.

Gee, that’s a really responsible tone for an elected official to take when people perceived to be gay are being attacked and bludgeoned to death in the city’s streets.

Anyone with an interest in supporting the push for marriage equality in New York is encouraged to join this group to stay updated on activities toward achieving this goal.