Reverend Richard Cizik, the vice president for governmental affairs of the National Association of Evangelicals, resigned from his position Thursday following remarks he made on National Public Radio’s “Fresh Air” program with Terry Gross.

In the remarks, Cizik said he supported civil unions and that his position was shifting on same-sex marriage. 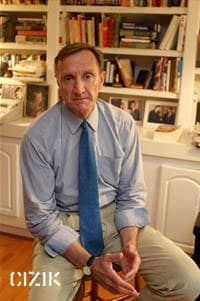 On the December 2 interview, which you can listen to here, Gross asked:

“A couple of years ago when you were on our show, I asked you if you were changing your mind on that. And two years ago, you said you were still opposed to gay marriage. But now as you identify more with younger voters, would you say you have changed on gay marriage?”

“I’m shifting, I have to admit. In other words, I would willingly say that I believe in civil unions. I don’t officially support redefining marriage from its traditional definition, I don’t think. We have this tension going on in the movement between what is church-building and what is nation-building, and I lean in this spectrum at times maybe we should concentrate on building our values in our own movement. We have become so absorbed in the question of gay rights and the rest that we fail to understand the challenges and theats to marriage itself — heterosexual marriage. Maybe we need to re-evaluate this, look at it a bit differently. I’m always looking for ways to reframe issues, give the biblical point of view a diffferent slant, if you will. And look at, we have to.”

Moving his discussion toward global warming, Cizik added: “Literally the whole world, the planet it changing around us. And if you don’t change the way you think and adapt, especially to things like climate change, you may ultimately be a loser.”

The AP reports: “A fixture in Washington for nearly three decades, Cizik has played a key role in bringing evangelical Christian concerns to the political table. But in recent years, he earned enemies in the movement for pushing to broaden the evangelical agenda…Cizik did not immediately respond to requests for comment Thursday. The NAE said in a statement that Cizik had expressed regret, apologized and ‘affirmed our values.’ The NAE is an umbrella group for tens of thousands of churches and organizations.”