How parents react to new of their child’s sexual orientation has a huge impact on the chances that child might commit suicide, experience depression, or use drugs, a new study reveals. 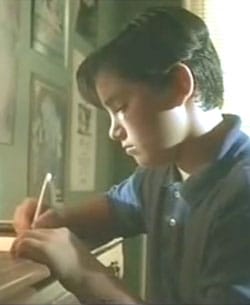 “…the study showed that teens who experienced negative feedback were more than eight times as likely to have attempted suicide, nearly six times as vulnerable to severe depression and more than three times at risk of drug use.”

“One of the most startling findings was that being forbidden to associate with gay peers was as damaging as being physically beaten or verbally abused by their parents in terms of negative feedback, [social worker Caitlin] Ryan said.”

Here’s how the study was done:

“In the two-part study, Ryan and her colleagues first interviewed 53 families with gay teenagers to identify 106 specific behaviors that could be considered ‘accepting’ or ‘rejecting.’ For example, blaming a youth for being bullied at school, shielding him from other relatives or belittling her appearance for not conforming to social expectations fell into the rejecting category. Next, they surveyed 224 white and Latino gay people between ages 21 and 25 to see which of the behaviors they had experienced growing up. The responses then were matched against the participants’ recent histories of severe depression, suicide attempts, substance abuse and unsafe sexual behavior. While the results might seem intuitive, Ryan said the study, funded by the California Endowment, was the first to establish a link between health problems in gay youths and their home environments.”

AFTER THE JUMP, Trevor, a film ALWAYS worth revisiting.