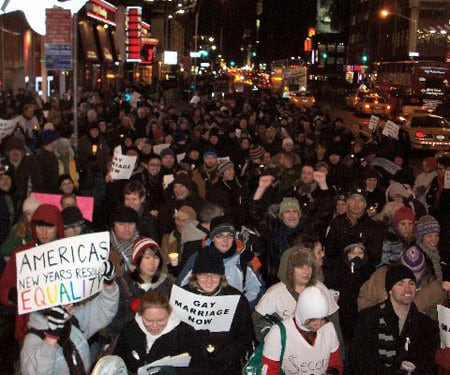 Our reader Wayne Anderson sends these photos from last night’s “Light Up the Night for Equality” vigil and march in New York City. 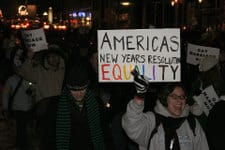 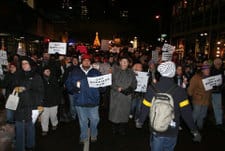 Reports are slowly coming in from cities around the country on this wintry weekend across the U.S. I’ve posted a video by Sean Chapin of the San Francisco event, AFTER THE JUMP… 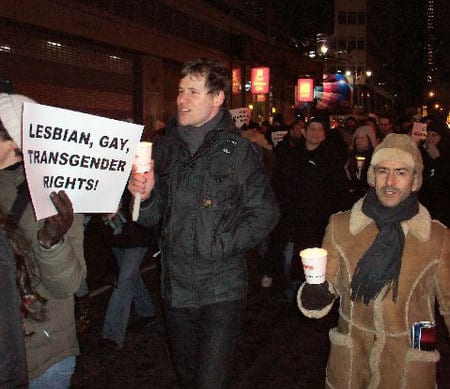