Richard Cohen’s editorial in the Washington Post gets to the point, quite well, I think, attacking Obama’s failings as a moral leader. Here’s the end of it: 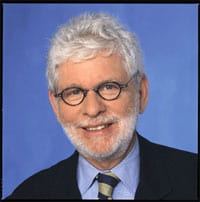