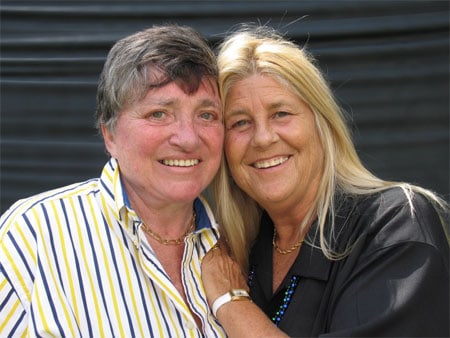 text and photos by Rex Wockner

A Jan. 24 summit in Los Angeles to strategize about “winning back marriage rights” in California will be only partially open to media — a decision that has led to the resignation of one member of the organizing committee and to complaints from California gay media figures.

The Equality Summit apparently will bring together some 150 activists to organize and strategize in the wake of the passage of Proposition 8, the Nov. 4 ballot measure with which voters amended the state constitution to re-ban same-sex marriage.

But according to summit coordinator Anne Marks of Equality California, “the planning committee decided that at some portions of the summit where sensitive strategy discussions were to take place, it could only be advantageous to our opposition if those discussions and plans were made public, so limiting press, or making these sessions off-the-record, would make sense.”

That decision isn’t sitting well with some folks, especially given that the failed No on 8 campaign, in which Equality California was the biggest force, has been widely criticized for its insularity.

“I resigned from the planning committee of the Equality Summit because I felt that the press should be allowed into the entire conference,” said longtime activist Robin Tyler (above, left), who was a plaintiff in the California same-sex marriage case and, with her partner, Diane Olson, half of the first same-sex couple to marry in Southern California after the state Supreme Court ruling legalizing same-sex marriage took effect June 16.

“This issue was discussed on a telephone call last week, and by a majority vote, the organizing committee decided not to let the press into the entire conference,” Tyler said in a Dec. 30 e-mail to reporters. “After the call, I … felt very uncomfortable with this decision. I asked for it to be brought up again, as I think total media access is an extremely important issue. When I was told that the newly elected ‘Executive Committee’ had decided not to bring the issue up again, I resigned. … It felt like the same old ‘secretive’ process that had happened during the No on 8 campaign.”

In e-mails that circulated among the 53 members of the Equality Summit Planning Committee, which were forwarded to a reporter, a few other committee members also have expressed concerns about the media decision. 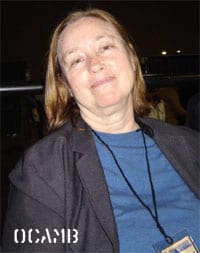 Among the reporters hoping to attend the full summit is Karen Ocamb, news editor of the Los Angeles gay magazines Frontiers and IN Los Angeles.

“Responsible journalists have a long history of respecting legitimate requests to go off the record when discussions turn to strategy or issues of a politically sensitive nature,” Ocamb said. “LGBT journalists … represent the thousands of individuals who contributed to and volunteered for the No on Prop 8 campaign and if people are going to be asked to be engaged again, they have a right to know what happened, who will lead them, and (to have) at least a sense of what’s coming next. And at this stage, that can only happen through us.”

After some discussion, this California-based reporter also informed summit organizers that he believed the gathering should be fully open to the press, given that the No on 8 campaign has been harshly criticized for its closed style and that people attending the summit will talk to reporters afterward anyway, possibly leading to news stories that might not be as accurate as ones that would be produced if reporters were present.

Prop 8, which took effect Nov. 5, is being challenged as unconstitutional before the California Supreme Court. A ruling is expected in June.