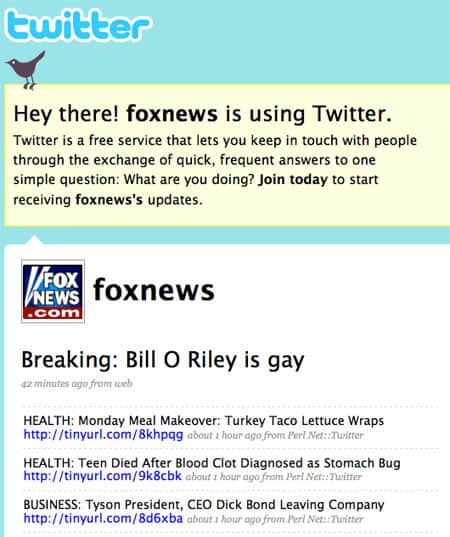 Unless their next Twitter is “Fox News was hacked,” we’ll take the bad spellers for their word.

UPDATE: And it appears they’ve gone and removed the work of the interloper. The site’s lead twitter has returned to “Turkey Taco Lettuce Wraps.”

UPDATE III: Looks like Britney Spears’ Twitter was briefly hacked as well. Read it, AFTER THE JUMP… 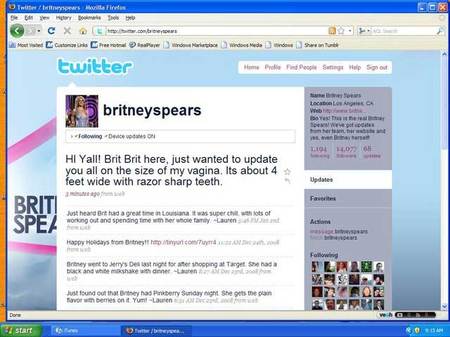