A gay man has been named to the White House staff in a senior appoinement. Brad Kiley has been named Director of the Office of Management and Administration. 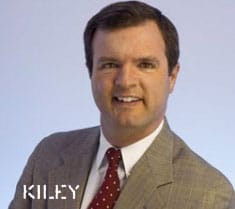 The Victory Fund reports: “In this role he will oversee all aspects of administrative services to all entities of the Executive Office of the President (EOP), including direct support services to the President of the United States. These services include financial management, human resources management and research assistance. He will represent the EOP before congressional funding panels.”

According to a release sent out by the Obama transition team: “Kiley is currently the Director of Operations for the Obama-Biden Transition Project. Previously, Kiley served as Vice President of finance and operations at the Center for American Progress. Kiley served as deputy assistant to the president for management and administration at the White House under President William J. Clinton. There he was responsible for all aspects of White House operations, including the travel office, the visitors office, and White House administration, which included finance, human resources and facilities.