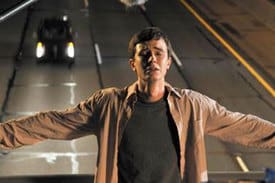 You may want to set your DVRs for Prayers for Bobby tomorrow night, a Lifetime adaptation of the Leroy Aaron book which chronicles the true story of a fundamentalist Christian mother’s struggle with her gay son, the tragic end to that struggle, and how it changed her forever.

Mary Griffith, the mother, is played by Sigourney Weaver. You may have seen some ads for Bobby on our site over the past week.

The made-for-TV film is said by Variety to be groundbreaking in the way An Early Frost was for films about AIDS in the 80’s: “Lifetime doesn’t often aim this high with its made-fors, yet aside from some minor questionable stylistic choices by director Russell Mulcahy, this message movie proves powerful without being unduly preachy.” 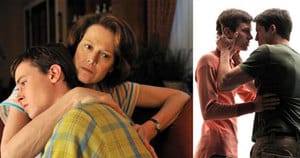 The Hollywood Reporter agrees: “Moreover, the film has all the earmarks of ‘important television’ without crossing the line into preachy melodrama, earning its tears the old-fashioned way: via a wise, evocative script and sensitive characterizations. It feels like the kind of movie that really could make a difference in the lives of actual moms and dads struggling to come to grips with a gay child’s lifestyle.”

The Denver Post offers a slightly different perspective: “It doesn’t mean to feel maniacally manipulative. It just happened that way. Lifetime tackles a true tear-jerker this weekend, resulting in a movie that will reduce you to mush while simultaneously making you scream. Sigourney Weaver is the film’s strength; the neat Lifetime tie-a- ribbon ending is its biggest weakness.”

And Focus on the Family is pissed…

Watch the trailer, and an interview with the real Mary Griffith, AFTER THE JUMP…

Previous Post: « California’s Proposition 8–Ours to Lose? Nope.
It was always an Uphill Climb
Next Post: NSA Official: Bush Lied, The Government Spied on Everybody »