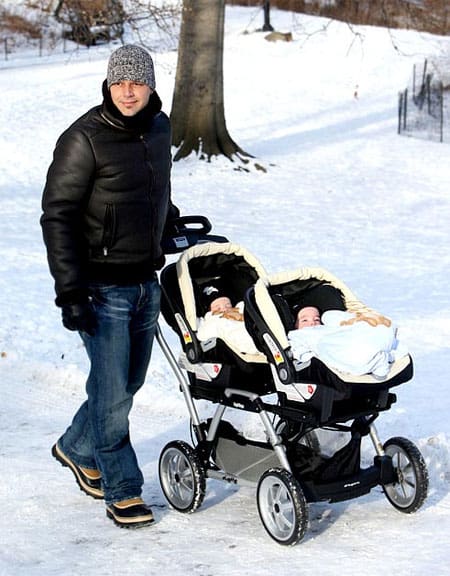 It is the twins’ first public appearance since he showed them off in People magazine, saying:

“I don’t have a nanny. I’m doing this on my own because I don’t want to miss a moment. I have a personal assistant who helps me, someone who takes care of me while I’m taking care of them, but I’m the one who changes the diapers, the one that feeds them, the one that bathes them, the one that puts them to sleep. For any parent, the first couple of months tend to get a little bit intense…Adoption was one option, but it’s complicated and can take a long time. Surrogacy was an intriguing and faster option. I thought, ‘I’m going to jump into this with no fear.’…I love to read books to my sons and tell them stories. I play music for them so they develop their own personalities. I want to give them information and raise them with honesty and love, and give them self-esteem and a lot of acceptance.” 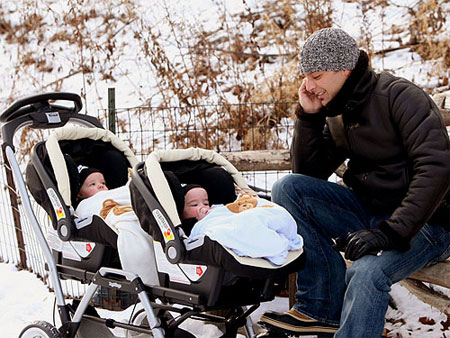 Previous Post: « Ted Haggard: ‘I am a Heterosexual with Issues’
Next Post: Washington State ‘Everything But Marriage’ Bill Introduced »