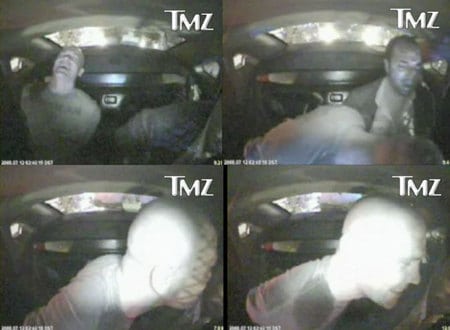 New video shot in the police car following the July arrest of Josh Brolin and Jeffrey Wright at the wrap party for W, shows Brolin in a ‘relaxed state,’ discussing the arrest (in which Brolin was pepper-sprayed and Wright tasered), and trying to comfort Wright by giving him kisses and at one point, leaning over and putting his head in Wright’s lap.

In the video, Brolin says it’s his seventh time being arrested: “My wife’s gonna be so happy.”