In a historic first, yesterday the Washington DC Gay Men’s Chorus performed to a national audience in the live broadcast of Barack Obama’s inauguration concert on the steps of the Lincoln Memorial.  Backing pop stars Josh Groban and Heather Headley, the chorus performed My Country, ‘Tis Of Thee wearing suits adorned with the red AIDS ribbon. The ribbon was the only indication that the chorus was gay, because like several other choruses that performed yesterday, their name was not announced or listed onscreen. 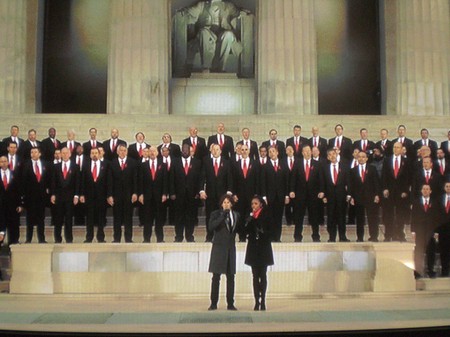 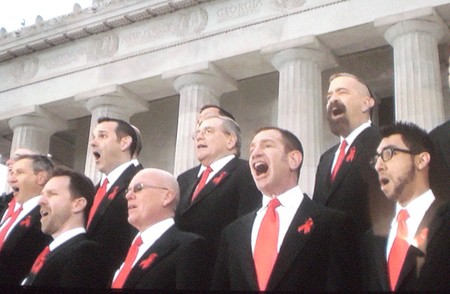 After the jump is a video clip of the chorus’ performance, which starts at the 3:00 mark. The clip may have a short life on YouTube, as the concert was an exclusive production of HBO.