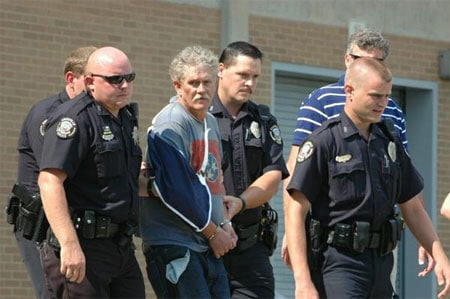 Jim Adkisson, the man who killed two and injured six at the Tennessee Valley Unitarian Universalist Church on a Sunday morning during services last July and said that he targeted the church because of his hatred for liberals and gays, will plead guilty and spend the rest of his life behind bars, the Knox News reports: 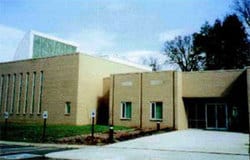 “The church was packed with people who had turned out for a children’s performance of the musical “Annie Jr.” when, on July 27, Adkisson began firing…Under the terms of the agreement reached in the case, Adkisson will plead guilty to six counts of attempted murder for which he will receive concurrent 25-year prison terms. He will be sentenced to life without parole for each of the two slayings but those two will be served concurrently, or at the same time as, the other prison terms.”

Said Knox County Public Defender Mark Stephens: “He gave them every single thing they wanted except consecutive sentencing. He is going to plead to everything.”

Adkisson wrote a four-page letter which has never been released in which Knoxville Police Chief Sterling P. Owen IV said he stated “hatred of the liberal movement. Liberals in general, as well as gays.”

In the weeks before the shooting, the church had put up a sign that it was welcoming to gays.

Documents are expected to be filed Monday in Knox County Criminal Court.

An eyewitness report given to Mike Signorile, and two AP reports on the shooting, AFTER THE JUMP…