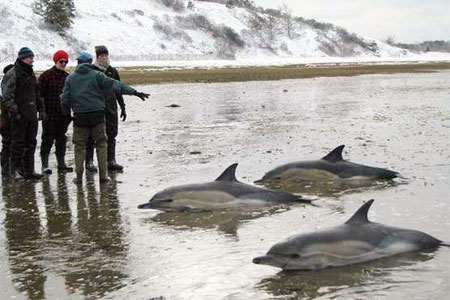 As a former winter resident of Cape Cod, I’m always interested in what’s going on up there off-season.

Yesterday, there was a dolphin stranding in Wellfleet harbor. The three dolphins in these photos were rescued and released at Herring Cove Beach in Provincetown. A Minke whale that was swimming around in Wellfleet harbor was apparently coaxed out to sea as well.

Watch a video of the rescue, AFTER THE JUMP… 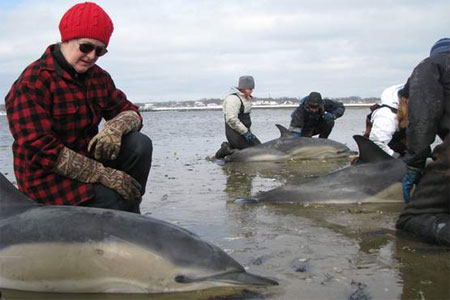