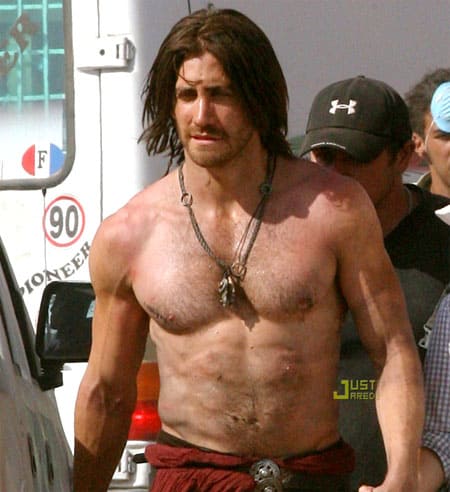 Though we’ve already had a glimpse, Jerry Bruckheimer tells MoviesOnline we “won’t recognize” Jake Gyllenhaal in the upcoming summer flick Prince of Persia and insists he didn’t go the A-Rod route in bulking up for the role:

“No, he didn’t [use steroids]. No drugs! No drugs, he just worked really hard. Well he’s a cyclist anyway and he bikes all the time so we just had him do a little lifting, but he looks fantastic.”

Full shot, AFTER THE JUMP…