Anti-gay religious groups like the Alliance Defense Fund are overjoyed by the decision of a federal appeals court in Montana which ruled that the Canyon Ferry Road Baptist Church of East Helena does not have to make campaign finance disclosures related to the Montana Marriage Protection Amendment, a 2004 ballot initiative that passed by a 2 to 1 margin. 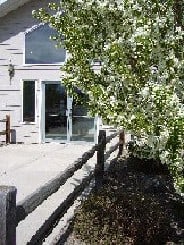 The court explained it ruled that way "because [the church's support]  —
use of some printer ink and a foyer table — was 'extremely minimal.'"

The L.A. Times reports: "Religious rights groups opposed to according legal status to gay
marriage cheered the decision of the U.S. 9th Circuit Court of Appeals
panel as a precedent that could protect the identities of donors to
other ballot initiatives in the West — including California's narrow
passage in November of Proposition 8, which defines marriage as only
between a man and a woman. Much of the financial support for
Proposition 8 came from Mormon and Catholic churches, which are now
fighting for repeal of a state law requiring that the names of donors
be made public."

Of course the Mormon and Catholic churches (via the Knights of Columbus) contributed millions of dollars in non-monetary and monetary contributions to the passage of Prop 8. That's a far cry from printer ink and a table:

"Montana State Solicitor Anthony Johnstone, who argued before the
appeals court that the church activity, though minimal, was subject to
the disclosure law, said he doubted the ruling would have any broad
implications as it reaffirmed each state's right to define what
constitutes a significant contribution."

Previous Post: « Idol‘s Norman Gentle is So On to the Next Round
Next Post: Verdict Imminent for Accused Killer of Gay Florida Man »