A verdict in the murder trial of Joseph Bearden, accused of murdering Floridian Ryan Keith Skipper in 2007, could come today. Skipper was found in a rural area stabbed 19 times. His car was found abandoned and slightly burned, on a boat ramp near Winter Haven, where Skipper's body was found. 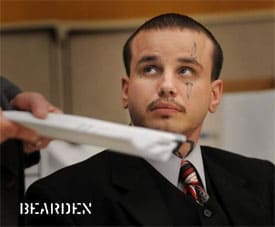 "Assistant State Attorney Cass Castillo said in the Polk County
Courthouse that Bearden, 23, and co-defendant William 'Bill Bill' Brown
Jr., killed Skipper so he wouldn't turn them in to police after they
stole his car. They also stabbed to death the 25-year-old Wahneta man
because he was gay, Castillo said. 'The extent of the injuries in this case is a result of the hate,
contempt and disregard of another human being because he's gay,'
Castillo said Wednesday. 'They just didn't care.'"

The defense is trying to distance Bearden from the actual killing, citing lack of evidence and unreliable witnesses: 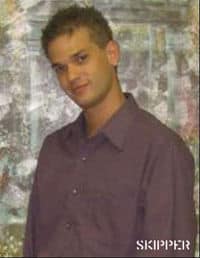 "Defense Attorney Byron Hileman said Bearden tried to sell Skipper's car
but did not take part in the killing. He said there was no evidence
linking Bearden to the area where Skipper's body was found. His
fingerprints were found only on the car. Meanwhile, investigators found a shoe print at the murder scene that
matched the sole of Brown's boots. Hileman said Brown also had cuts on
his hands, which investigators think he might have received in a knife
fight. Hileman also questioned the credibility of the state's witnesses who linked Bearden to the killing. 'Virtually all civilian witnesses are folks who have lived in a world
where drugs are the most important things,' Hileman said in his closing
arguments. 'The credibility of a great many witnesses is in question.'"

Prosecutors are seeking the death penalty.