It appears as though the state’s budget shortfall is being used as the excuse for a campaign by legislators and religious right-wingers to “purge” Georgia’s higher education system of sociology professors who teach on LGBT subjects: 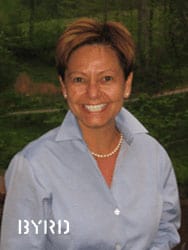 “State Rep. Charlice Byrd, R-Woodstock, took the House well on Friday to announce a ‘grassroots’ effort to oust professors with expertise in subjects like male prostitution, oral sex and ‘queer theory.’ … ‘This is not considered higher education,’ Byrd said. ‘If legislators are going to dole out the dollars, we should have a say-so in where they go.’ Byrd and her supporters, including state Rep. Calvin Hill, R-Canton, said they will team with the Christian Coalition and other religious groups to pressure fellow lawmakers and the University System Board of Regents to eliminate the jobs. ‘Our job is to educate our people in sciences, business, math,’ said Hill, a vice chairman of the budget-writing House Appropriations Committee. He said professors aren’t going to meet those needs “by teaching a class in queer theory.’ The regents, who oversee the state’s colleges and universities, has bristled at attempts by legislators to dictate who they should hire. A regents spokesman said the university system’s mission – teaching, research and service – is a broad field. He said the state’s schools hire faculty with expertise in a range of subjects as part of ‘a tradition of investigating the human experience.’ And he noted that they aren’t teaching ‘how-to’ courses, but rather they are experts on the sociological trends and risks.”

Watch Byrd announce her crusade, AFTER THE JUMP…