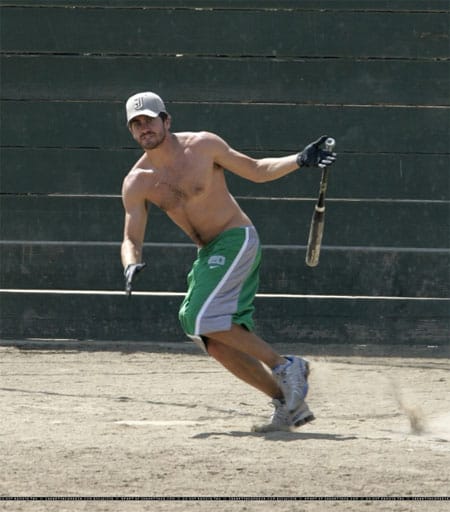 Variety reports that Jake Gyllenhaal and Jim Carrey are attached to star in a movie adaptation of the musical Damn Yankees produced by Hairspray producers Craig Zadan and Neil Meron, and scripted by Lowell Ganz and Babaloo Mandel: 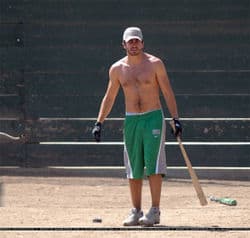 "'Damn Yankees,' which bowed on Broadway in 1955 and won seven Tony Awards, focuses on Joe Boyd,a happily married middle-aged man whose devotion to a hapless probaseball team prompts him to make a Faustian bargain with the devil tohelp the team. He's transformed into slugger Joe Hardy, in exchange forBoyd's soul. Boyd can break the deal, but the deadline occurs duringthe World Series. For good measure, the devil engages Lola, a gorgeouslost soul, to seduce the slugger and seal his fate. The plan is for Carrey to play the devil, and Gyllenhaal to play Boyd. It's the first musical for each."

Carrey, as you know, stars in the upcoming gay prison romance I Love You Phillip Morris.

So Jake will play the ballplayer, and well, there hasn't been a good excuse to post these shots in ages. One more, AFTER THE JUMP… 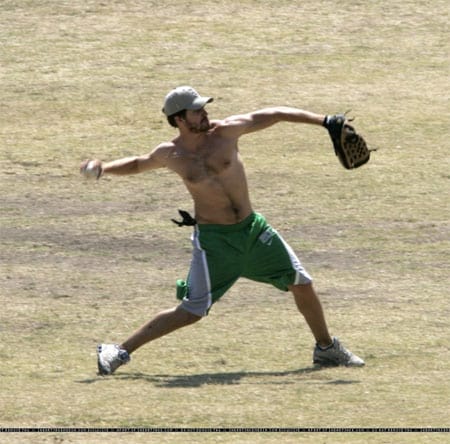