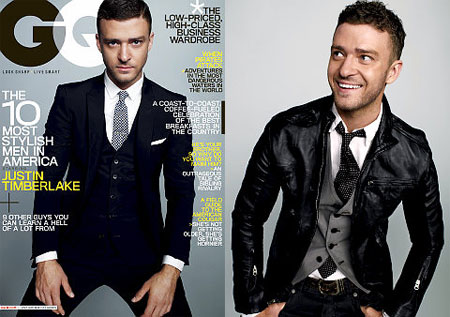 Justin Timberlake is anointed one of America’s 10 most stylish men in GQ‘s March issue:

The New York Daily News reports: “Timberlake tells the mag he got his sense of style from his stepfather, Paul Harless, a banker who laid out his suit for the next morning every night and went to work looking ‘like Richard Gere in ‘[American] Gigolo.”…’I was like, I want to dress like that! He was just so cool,’ Timberlake says. The suits-with-sneakers look Timberlake made famous on tour is a nod to practicality. ‘I just put sneakers on because I couldn’t dance in the shoes I had,’ he explains. ‘I couldn’t leap with just insoles and dress shoes. I would’ve hurt myself.’ Even if his sweater vests and skinny ties aren’t your idea of fashion, GQ has crowned Timberlake a trendsetter. ‘If he wants to rock sandals with socks, a week later everyone in L.A. is going to be wearing sandals with socks!’ crows Timberlake’s golf caddy Nick.”

Kanye West, who is attempting to take back the rainbow, also made the list. 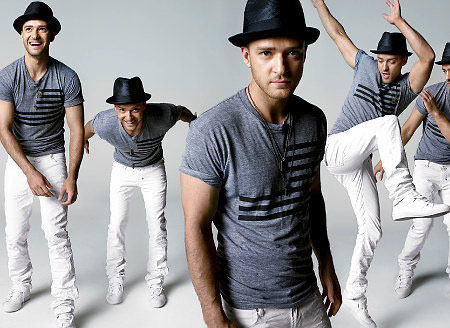 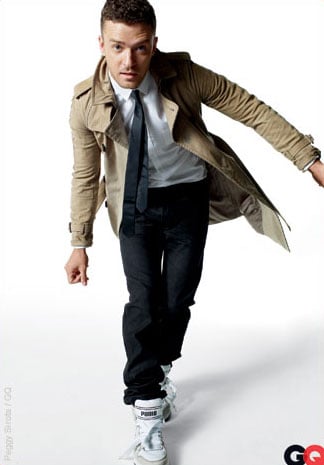 Previous Post: « On the Stage: Pal Joey and Hedda Gabbler
Next Post: Towleroad Guide to the Tube #432 »