Fallout from the acquittal verdict in the murder trial of Gavin Alker, accused of killling  Liverpool teen Michael Causer, continues. 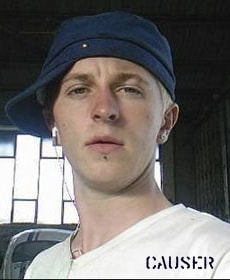 "Friday’s decision means the judge must now decide on whether or notthe attack was a hate crime. According to evidence put before the jury,the trigger-point for the violence came when sexually explicit imagesof the trainee hairdresser were found on his mobile phone, prompting a“sustained and brutal” attack on his naked sleeping form and leavinghim with a fractured skull and a swollen brain. Mr Causer was punched,kicked and finally battered around the head with a heavy history bookso forcibly that the book’s spine broke, the court heard. It wasalleged that Mr Alker, who had never met Mr Causer, screamed “Youlittle queer faggot” adding, “He’s a little queer, he deserves it.”During the trial it was also claimed that a cigarette lighter was usedto burn the hair on Mr Causer’s legs, and that threats were made to ripout his body piercings with a knife. But the jury accepted Mr Alker’sevidence that he had been acting in self-defence after he denied makinghomophobic comments, blaming the attack on O’Connor. The murderhas had a profound effect on Liverpool, a city which is busyre-inventing itself as a gay destination with the creation of its owngay quarter, referred to as the Gay Village, and plans for an annualPride March. Many in the city are puzzled at the lack of interest shownin the case by the outside world, Friday’s acquittal again failing togenerate national media attention."