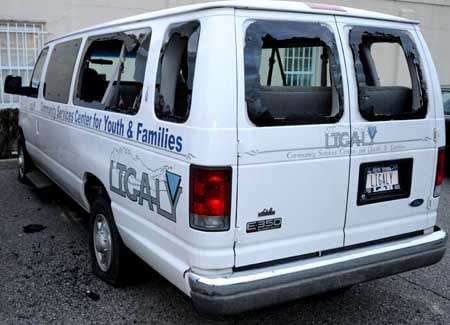 The Long Island GLBT Community Center in Bay Shore, New York, about 43 miles east of New York City, was hit by vandals over the weekend and police are investigating it as a hate crime. 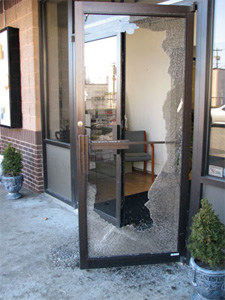 “At some point between late Saturday and early Monday, The Center’s front door was smashed to pieces and our van’s windows were broken, mirrors mangled and all the tires were slashed. As soon as we encountered the damage, it was reported it to the Suffolk County Police Department and to the Suffolk County Bias Crimes Unit. We believe this was an act of bias and hope that The Police Department continues its investigation looking at this as a hate crime. This was not a simple case of vandalism, but an attack on our entire community. We are thankful that this act happened while The Center was closed and therefore no one was physically injured, but this was a clear attempt to instill fear in GLBT people throughout Long Island. I want all Long Islanders to know that we will not stand by and allow anyone to terrorize our community. We will use this heinous act to raise awareness of the discrimination and hatred that GLBT people are all to often a target of. The glass will be cleaned and the van will be back on the road soon, but ultimately it is my hope that we can make this a turning point for GLBT people. Damage to the van, which transports more than 50 youth a week to The Center for support and leadership programs, is estimated at over $4,000, while additional damage to the front door is estimated at over $1,000. Please make a donation to The Center today and be part of our anti-violence effort to maintain The Center as a safe space for Long Island’s GLBT community.”

Those wishing to make a donation to help the Center repair the damage and purchase a surveillance system can do so HERE.

Said County Executive Steve Levy to Newsday: “This type of attack against the gay community will not be tolerated in Suffolk County. Our police department will seek to apprehend any wrongdoer and help ensure that there is swift justice to deter any such activity in the future.”