NYT Op-Ed: A compromise on same-sex marriage? "It would work like this: Congress would bestow the status of federal
civil unions on same-sex marriages and civil unions granted at the
state level, thereby conferring upon them most or all of the federal
benefits and rights of marriage. But there would be a condition:
Washington would recognize only those unions licensed in states with
robust religious-conscience exceptions, which provide that religious
organizations need not recognize same-sex unions against their will.
The federal government would also enact religious-conscience
protections of its own. All of these changes would be enacted in the
same bill." Pam: Flawed... 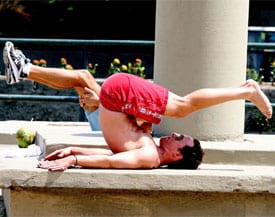 Matthew McConaughey shows the Brazilians how to flex.

Who wore a White Knot last night at the Oscars?

Yves Saint Laurent art auction expected to bring in $250 million: "A large portion of the proceeds is to go to a foundation to support AIDS research." His longtime partner Pierre Berge talked about the collection last December: "I’m very happy to have made with Yves one of the greatest collections
of the century. In a few years, I will be very pleased to see at an
exhibition the label ‘Provenance Yves Saint Laurent and Pierre Bergé.’
In time people will tell one another, ‘You really should know about
these two guys, who lived in the 20th century in Paris.’ I don’t
believe in God. I only believe in human beings, in memory. That’s all.
The memory will persist." 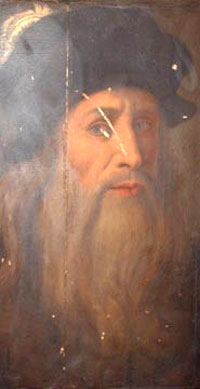 Possible self-portrait of Leonardo da Vinci discovered in southern Italy: "The damaged oil-on-panel portrait was discovered by Nicola Barbatelli, a
medieval historian, while he was researching the archive and picture
collection of an aristocratic family at Acerenza (population 3,000), an
ancient village perched on a rock above the river Bradano near Potenza in
the southern Italian region of Basilicata. The family has asked to remain
anonymous."

Michael Jackson planning "biggest comeback in history": "In one of the most lucrative music deals ever, the cash-strapped singer
is reportedly on the verge of securing £1.5million-a-night to perform. Sources close to the negotiations have dismissed rumours of recent ill health and say a deal is weeks from being announced. The residency at the 20,000-seat arena will eclipse the longest run of 21 shows at the arena by U.S. singer Prince in 2007. Jackson is said to favour London over a U.S. venue because he still enjoys huge popularity across Europe."

Madonna pulls a Benjamin Buttons before heading to the Vanity Fair party.

Medical examiner details injuries of Ryan Keith Skipper, says slain man tried to fight back: "Deep cuts and slashes covered his back, neck and shoulders. He also had
small bruises on the back of his head from falling or from someone
hitting him, Volnikh said. It was the cut to the throat that killed the 5-foot, 10-inch man,
Volnikh testified. The cut was 3.5 inches deep. A blade tore through
his skin, tissue, muscles and, more fatally, an artery. Skipper quickly
bled to death." 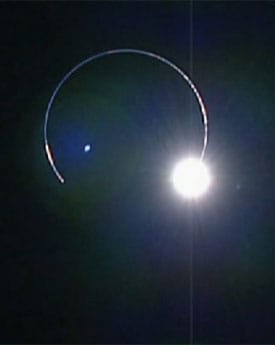 Relatives remember Harvey Milk: "The first time I ever met Harvey was at our wedding. He flew in from
California to be our best man. He was already in the Navy, a deep-sea
diver. I thought he was very stunning when I saw him. He came in his
Navy uniform and seemed to be charming, very charming."

Arkansas Presbyterians approve gay ordination: "Arkansas Presbyterians voted overwhelmingly
Saturday for a constitutional amendment to allow noncelibate
homosexuals to serve as deacons, elders and ministers in the
Presbyterian Church (USA). The lopsided 116-64 vote
surprised leaders of the Presbytery of Arkansas, a collection of nearly
100 congregations spread across central and northern Arkansas.  'It
tells me that there’s no predicting the Holy Spirit,' said Interim
General Presbyter Sallie Watson, shortly after the vote. The presbytery, which has roughly 15,300 members, had narrowly rejected a similar proposal in 2001."

France not ready for a gay president.

Previous Post: « In the Oscar Press Room with Lance Black and Sean Penn
Next Post: Towleroad Guide to the Tube #437 »