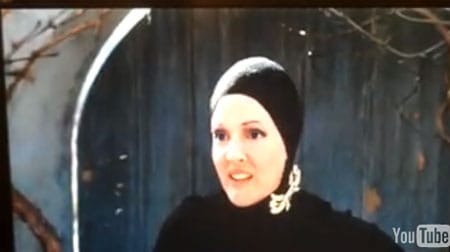 A promo for HBO's Grey Gardens has aired. The adaptation of the documentary about the reclusive cousins of Jacqueline Kennedy Onassis is coming at the end of March. I've screencapped a couple of shots for comparison — the HBO adaptation above, the original documentary below.

Barrymore talked to W about the role: "I was excited to bring my own pain to something. I mean, contrary to my happy-go-luckiness, I have so much darkness in there. Playing Edie, I felt like s—. I thought, I’m afraid beyond anything I’ve ever known. I’m miserable; I’m scared; I feel sick all the time. And I was like, Good! At least I have somewhere to put it. You know what? I’m not f—in’ happy all the time. I like making people feel good, but it was great not to have to please anybody. I was out there for myself and for her.”

Both clips, along with an Advocate tour of the house today, are AFTER THE JUMP…

It features Drew Barrymore (above) as Little Edie Beale (below), Jessica Lange as Big Edie, and Jeanne Tripplehorn as Jackie O. 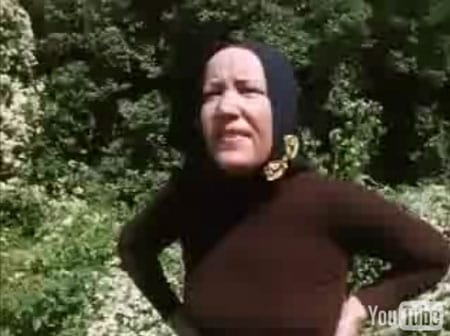 And here's a clip of the original:

And The Advocate has a clip of what the house looks like today: