Sports blog The Big Lead is buzzing about this morning's Howard Stern Show: 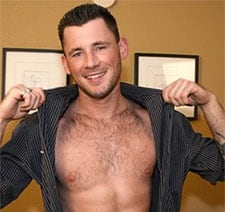 "Around 8:55 this morning, Barrett Long, an a male adult film actor, was
on Howard Stern. He admitted to accepting oral from males for cash when
times were rough, but insisted that he’s straight. He also said a
member of the Dallas Cowboys once went down on him. Refused to mention
the player’s name. Artie Lange instantly yelled 'Tony Romo!' but Long
denied it was him. Then Long asked about Emmitt Smith, to which Long
also said no. It almost sounded like Long recanted the whole thing when
Artie asked about Michael Irvin, but we’re not 100 percent sure if he
was kidding or not."