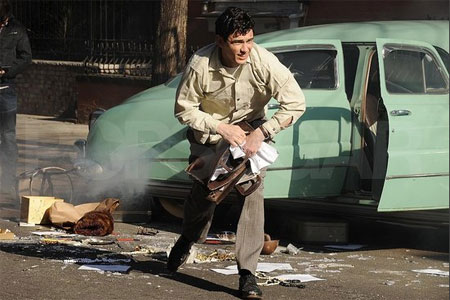 Two shots (via popsugar) of James Franco playing the young Allen Ginsberg in Howl, which just began shooting in NYC. Franco told MTV last July: "I’ve certainly read ‘Howl.’ I was very into the beatniks when I was in
high school, and I still am. So I certainly have read Howl many times." 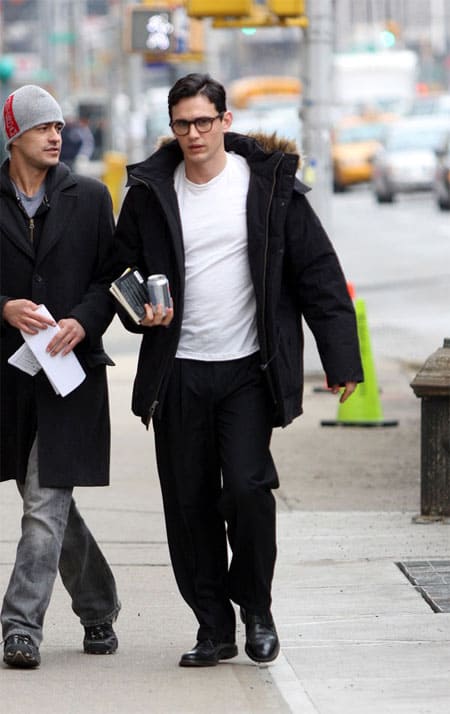