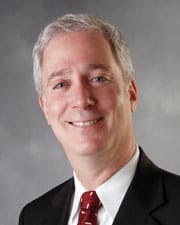 "'I consider myself progressive on the important issues,' said Cooper,
alluding to gun control and gay rights. 'And obviously, Sen. Gillibrand
has not been a strong supporter in the past on either issue.' He added
he is 'very concerned' that state voters may lack confidence in a
candidate who makes 'a 180 degree turnabout' on major issues. Gillibrand did not have an immediate comment. But Matt Canter,
Gillibrand's spokesman said, 'I'm not exactly sure what he's referring
to.' He added, 'As New Yorkers get the facts about her progressive
record, they will see Sen. Gillibrand has consistently supported
reducing gun violence, allowing gay couples to marry and always
protecting a woman's right to choose."

Gillibrand was appointed by New York governor David Paterson to fill Hillary Clinton's seat in January. Were Cooper to run and be elected, he'd be the first openly gay U.S. Senator.

Previous Post: « He Saw the Best Minds of His Generation Destroyed by Madness
Next Post: Adam Lambert and Kris Allen Talk Nail Polish »