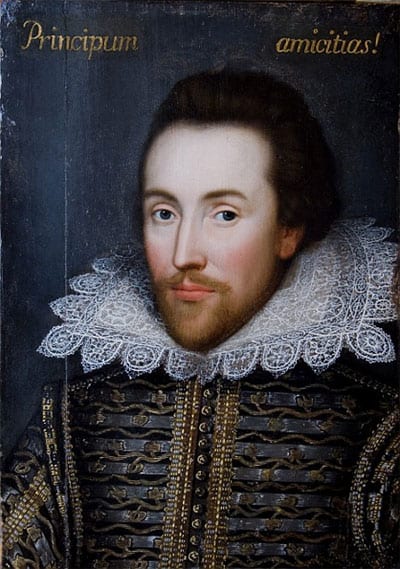 Following more than two years of extensive research, experts are now declaring this portrait to be the only painted of William Shakespeare during his lifetime:

"Also, the story of the painting – known as the Cobbe portrait – onceagain raises questions about Shakespeare's sexuality. Was he more thanjust good friends with the man who commissioned the painting, hispatron the Earl of Southampton?"

And the painting's background: 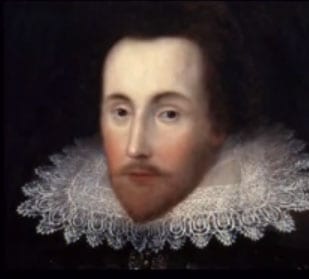 "The painting has hung on the walls of properties owned by the Cobbefamily for about 300 years. The sitter has always been unknown,although there was an erroneous thought that it might be Sir WalterRaleigh. In 2002, art restorer Alec Cobbe, joint heir of theCobbe estate, was at the National Portrait Gallery's Searching forShakespeare exhibition and came upon a painting known as the Folgerportrait (right), which itself, until 70 years ago, had been thought to be alife portrait of Shakespeare. The similarities between the two wereobvious and Cobbe rang Wells immediately, setting in motion more thantwo years of extensive art historical, literary and scientific research. Theresult is the firm belief that the Folger painting is a copy of theCobbe original. It is also likely to have been used by the teenageengraver who produced one of the most recognisable of Shakespeareimages – the copper engraving of a bald, round-headed man on the FirstFolio of Shakespeare's plays, published in 1623."

Here's more on Cobbe and another of his portraits, of the Earl of Southampton.

A fascinating Channel 4 piece on the portrait, and a bit more on the Earl of Southampton, AFTER THE JUMP…

Previous Post: « Gay Man Assaulted Outside Midtown Atlanta Bar
Next Post: California Ballot Initiative Launched to Get State Out of the Marriage Business »