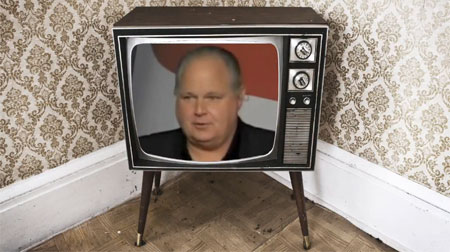 Said Pence: "You bet, we want those policies to fail. Because, Rick, we know big government, increases in debt, the micromanagement of the economy out of Washington, DC is a policy that will fail."

And White House Press Secretary Robert Gibbs remarked on RNC Chair Michael Steele's apparent cave to Limbaugh, saying, "I was a little surprised at the speed in which Mr. Steele, the head of the RNC, apologized to the head of the Republican Party."