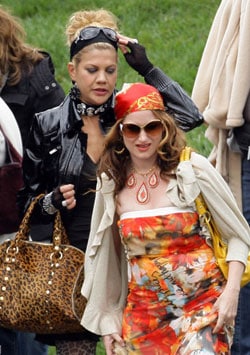 Congressman John Lewis on anti-gay discrimination: "It is unfortunate that a segment of our society fails to see that we
all should be treated like human beings, that we all are citizens of
the United States of America. I’ve taken the position and I’ve long
held this position that I fought too long and too hard against
discrimination base on race and color not to stand up and speak out
against discrimination based on sexual orientation."

Madonna and Jesus Luz dress up for Purim.

Rugby's Nick Youngquest on quest to be next gay sports undie icon. 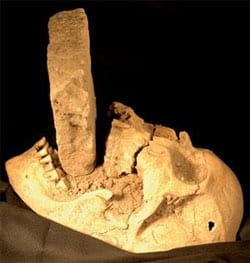 SURVEY: NYU study explores link between pornography,
drug and alcohol use, and the sexual
practices of men who have sex
with men.

Stone-throwing chimp proves that animals plan for future events: "Crucial to the current study is the fact that Santino, a chimpanzee
at the zoo in the city north of Stockholm, collected the stones in a
calm state, prior to the zoo opening in the morning. The launching of the stones occurred hours later – during
dominance displays to zoo visitors – with Santino in an 'agitated'
state. This suggests that Santino was anticipating a future mental
state – an ability that has been difficult to definitively prove in
animals, according to Mathias Osvath, a cognitive scientist from Lund
University in Sweden and author of the new research."

Kelly Clarkson is hitting all the morning shows so your life won't suck without her. 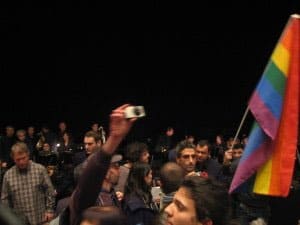 Conflict erupts between gay activists and orchestra and security staff at the Greek National Opera over request to cut male kiss from production of the opera Rusalka.

Trial begins for woman who plowed into crowd last August following fight at gay bar, killing one: "In addition to second-degree murder, Arena is charged with two counts each of first- and third-degree assault."

Gay camp branches out in Canada.