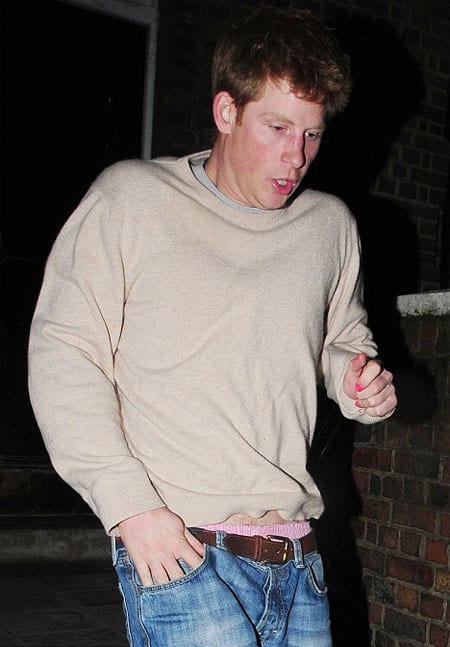 Prince Harry, who's currently training to be a helicopter pilot, showed up to Raffles nightclub in London on Friday night in pink nail polish, which incidentally matched his boxers.

The Daily Mail reports: "According to sources
at the club, the young Royal was escorted into the venue by a Royal
protection officer and stopped briefly to chat with Arabella Musgrave,
Prince William’s ex-girlfriend. ‘Harry arrived quite late at
about 12.30 and didn’t even acknowledge the bouncer when he lifted up
the access rope,’ says a fellow guest. ‘He clearly wanted as
little fuss made as possible about him coming to the club so no one
knows why he was wearing pink nail varnish."