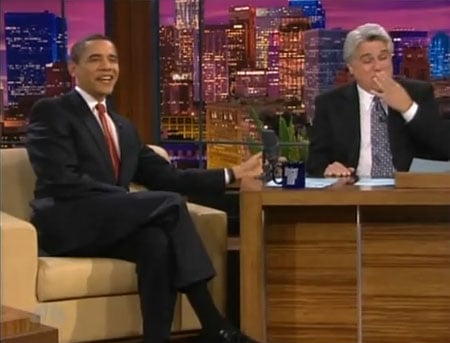 Obama demonstrates the pitfalls of a talk show appearance with some remarks about the White House's bowling alley: "I bowled a 129. I swear it was like Special Olympics or something."

The White House was doing some damage control to reporters on Air Force One shortly after the appearance was taped. Said Deputy Press Secretary Bill Burton: "[Obama had] made an offhand remark making fun of his own bowling that was in no way intended to disparage the Special Olympics. He thinks that the Special Olympics are a wonderful program that givesan opportunity to shine to people with disabilities from around theworld."